HALLOWEEN GETS BETTER EVERY YEAR eventually one of my kids is going to be a sad sack about it and I'll have to stop saying that but NOT THIS YEAR. 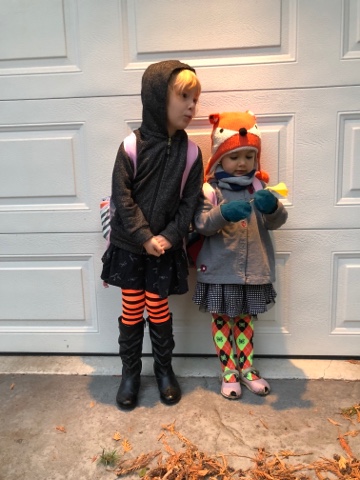 I made them decide on their costumes like a week into October so we could start assembling the bits, and Eleanor drew up some costume pairings she thought would work. 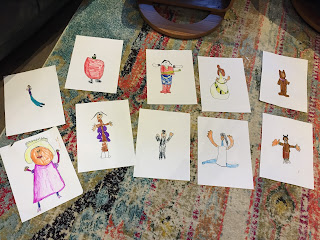 (From left: Ariel and Rapunzel, an apple and some grapes, Wonder Woman and Batgirl, Belle and Elsa, Squirrel Girl and Tippy Toe)

Eleanor really wanted to be Squirrel Girl but Geneva didn't want to be the sidekick (what is this, last year?), she wanted to be Ms Marvel, and Eleanor took SOME CONVINCING that those two would be a legitimate pairing as they are both Marvel superheroes and have in fact appeared in a few issues together. 'I want them to be in the same book, mom.' But she finally agreed to mock Geneva up a Ms Marvel costume. 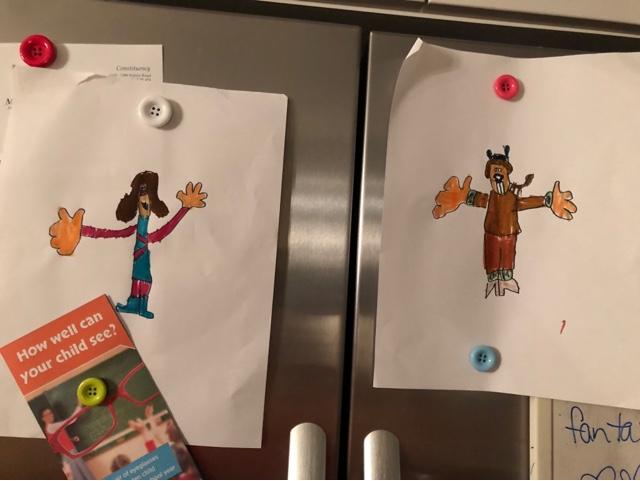 And then we spent two weeks pulling bits of things from thrift stores and gluing bits of other things onto still more things and dragging old jackets and boots out of storage.

LOOK AT HOW MARVELOUS SHE IS 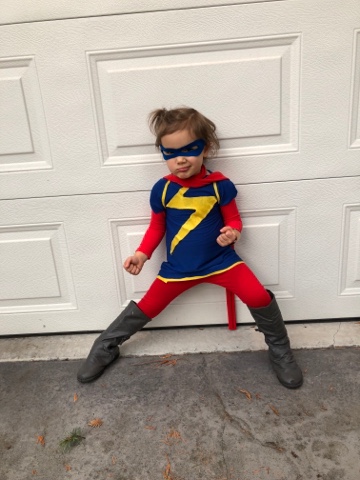 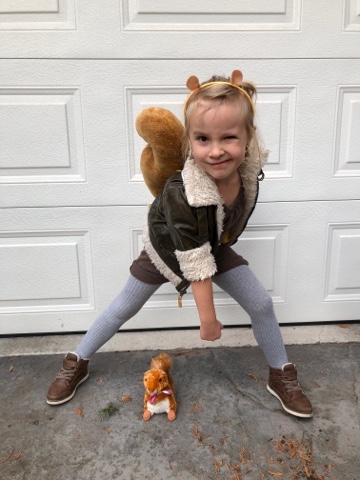 And because I will readily admit that these are some niche superheroes and not everyone knows what they look like: 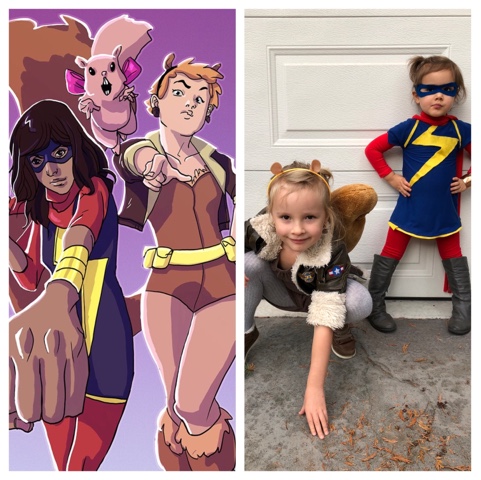 NEITHER OF YOUR SUPERHEROES HAVE POWERS OF FLIGHT, you guys. 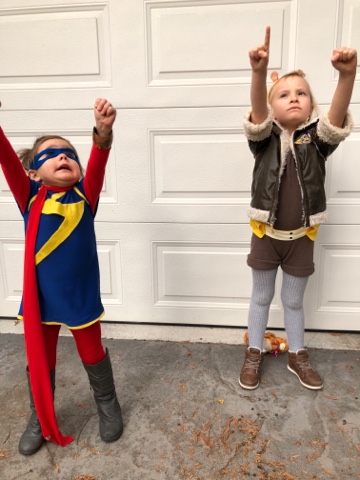 And then my parents and my sister and her husband and kids came out, and we met up with my in-laws and THEIR kids and some other kids and it was just a HORDE OF CHILDREN LOOK AT THEMMMMM 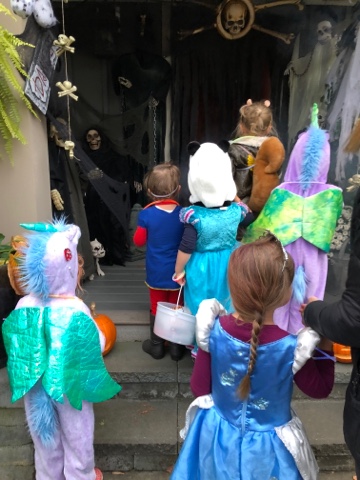 We went for like an hour? And everyone else was done and we dropped my sister and her entourage off at our house to get their car and things 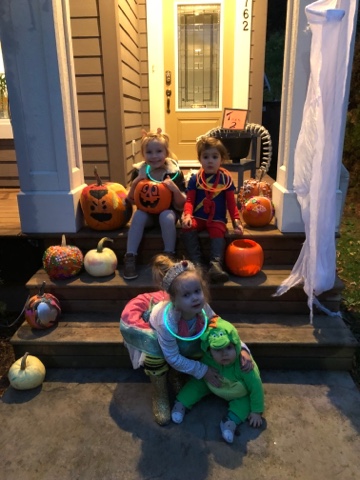 but these girls of my heart were not done and it was so balmy and dry and they were being so hilarious and delightful that we kept going. 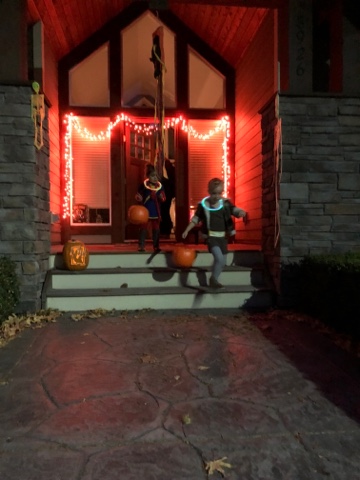 We went for ANOTHER hour, and by the time we got back, our cauldron, which we had left on our stoop (as is the custom in these parts) was empty. 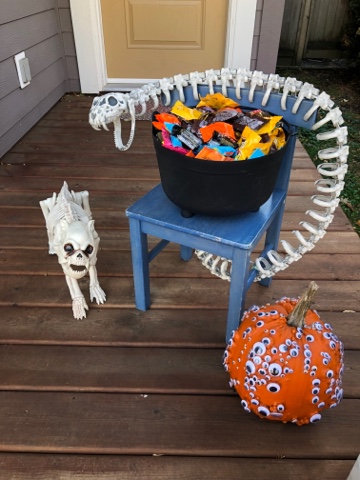 (Earlier cauldron shot, obv)
'MOM. Can we put some of our candy into the cauldron so we have things to hand out to trick-or-treaters.' I meannnnnnn, can you. 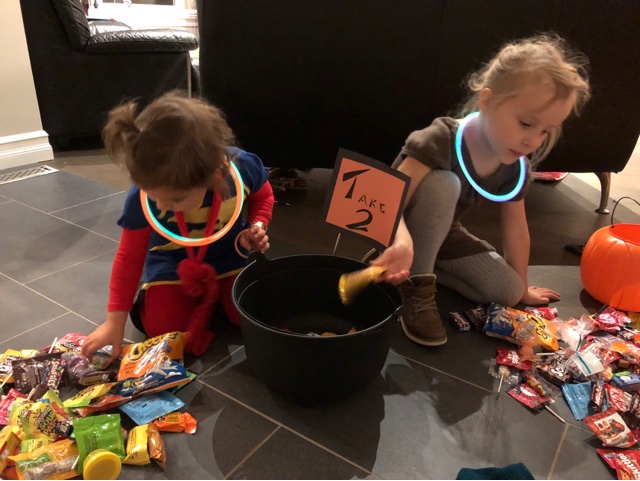 I let them stay up until the cauldron was empty again 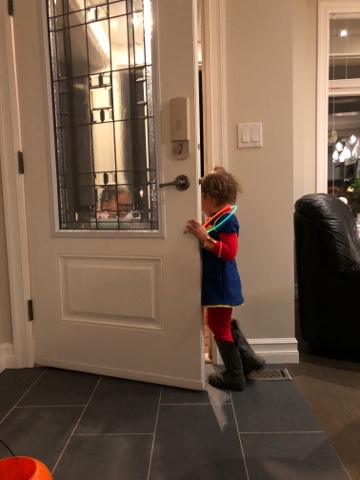 PEOPLE ACTUALLY WEAR THESE T-REX COSTUMES IT IS INCREDIBLE 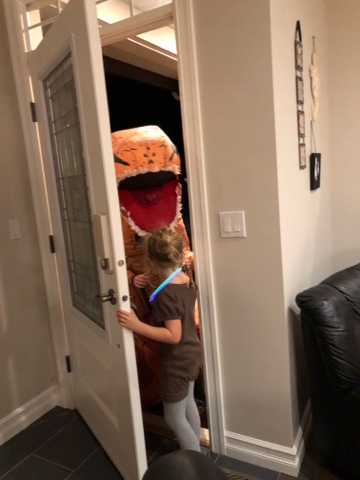 And the girls 'did lines' in the breaks between treaters 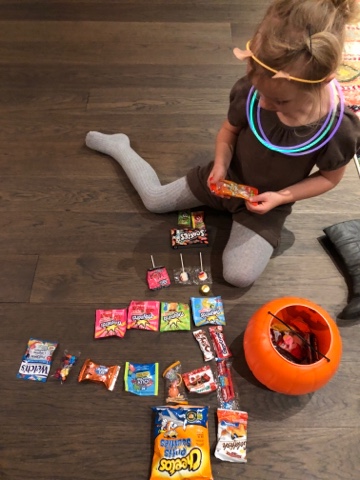 and finally the cauldron was empty and everyone went to bed. 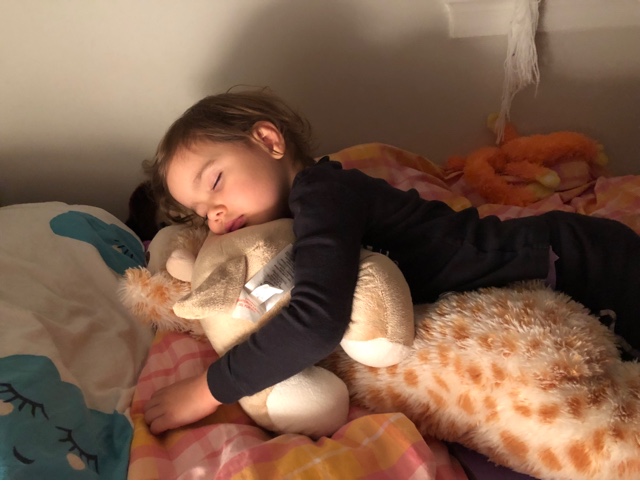